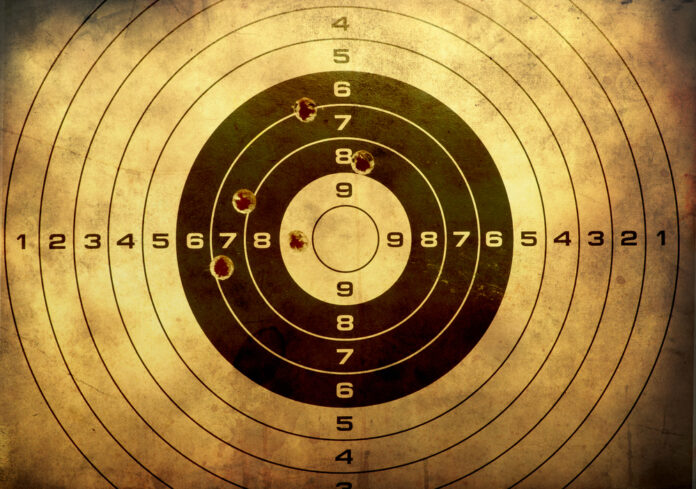 Here we go wading into what may be the most contentious subject in all of shooting: which is more important: caliber (i.e. stopping power) or shot placement?

Anyone who has been shooting for any amount of time at all likely has very strong feelings about the subject (I know that I do), and there are even arguments among people who advocate one side or the other. Which is why you see people arguing 9mm vs .45, or, in the case of the placement argument, some people argue center mass vs (if you’re Joe Biden) “just shoot them in the leg.” (Okay, I admit it, I’m kidding about that last one. No serious shooter ever argues for aiming for the leg if your life is in danger).

Still, back to the original subject, it’s worth hearing opinions on both sides from people with experience and knowledge so that you can come to an informed conclusion. Sheriff Jim Wilson is one person who has certainly thought a lot about this question and has some definite opinions on the subject. Wilson writes,

The only way to stop a violent criminal, once the attack has started, is either to hit the central nervous system or cause immediate and severe blood loss. Notice that I used the word “stop” and not “kill.”  Our goal as defensive shooters, if we can’t avoid a dangerous encounter, is to stop the attack as quickly as possible. If the criminal dies, that is unfortunate but it is the price he pays for his criminal ways. We want to stop the crook before any of the good guys get hurt whenever possible.

Therefore, bullet placement is more important than caliber selection (within reason). I would discard the smaller calibers because they might lack penetration or be more easily deflected by hitting bone. I would also avoid the really heavy, handgun-hunting calibers because their recoil makes fast, multiple shots difficult.

The defensive shooter is encouraged to practice giving multiple shots to the vital zone—the upper chest area—because it is an easier target than trying to tap the brain stem or spine.

So, there you have it, at least from Sheriff Wilson’s viewpoint. As long as the caliber that you’re using has adequate penetration power for most purposes (many folks recommend never going smaller than .380), you want to use a caliber that allows you to manage recoil effectively in order to get back on target as quickly as possible so that you can take additional shots, if necessary, to stop the attacker.

What are your thoughts on the placement versus recoil debate? Tell us below.

Previous articleWhat Can A Self-Professed ‘Shotgun Nerd’ Tell You About A ‘Retro Riot Gun?’
Next articleThe SURPRISING Way To Improve The Accuracy Of Your Pocket (Or Other Small) Pistol