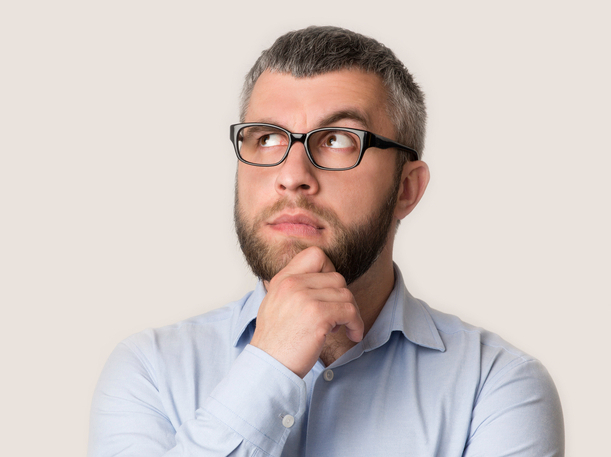 Human beings (yes, all of us) have a odd “shortcut” that we use when making decisions, and, to be fair, that shortcut can help us to make better decisions much of the time.

But there are times when that shortcut can be used against us, and that’s why you want to be aware of it.

That shortcut is called “authority,” and if you’re interested in getting an in-depth understanding of it, you can find out more in a book called Influence written by Robert Cialdini. For our purposes here, though, what you really need to understand is just the basic idea that we tend to give more weight to the opinion of someone who gives the impression as being more knowledgeable on a subject that we are.

Now, to be realistic, there are always going to be people who know more about a variety of subjects that you or me know about that subject, so, it can be useful to look to others for information. Then, if you trust that other person to be giving you good advice for your situation, you may decide to take the advice of that expert.

This principle is exactly why companies, even firearms manufacturers, will send samples (such as loaner guns) to reviewers with social media channels. Those videos can be worth watching because you can often find a lot of great information.

On the flip side, though, you need to be aware of those “social influencer’s” biases in their reviews. Why? Because (in the case of a gun reviewer) their goals for a gun may not be your goals, but you have to live with the consequences of your purchase. They don’t. A writer going by J. Kb gives us a real-life example of why you need to think for yourself when researching information to make a firearms purchase:

Market research [for a firearms manufacturer looking to increase their sales] comes back and says: “The vast majority of new handgun buyers want a gun for home defense and personal protection.  They will take it to the range a few times a year, and shoot maybe 200-250 rounds per range day, maximum.  They are going to buy from a major big-box sporting good retailer (Academy Sports, Bass Pro Shops, etc.) where they feel comfortable.  They want a gun that is from a brand with a known quality reputation, a warranty, and is reasonably priced with an MSRP ideally $399.99.”

The big takeaway here is that these gun buyers are not gun guys [i.e the kind of guy who lives and breathes guns all day every day].

Gun guys are not buying 400 million guns.  Gun guys are the extreme minority of the gun buying community.

J. Kb continues by telling how this company designed a pistol in 9mm and .45ACP versions with an MSRP of $349.99 which fit what a large segment of the market was looking for. The new model passed all tests and worked well consistently, so, they took it to market. Then, what happened? J. Kb continues (pardon their swearing):

Some gun influencer on YouTube gets your gun.  He’s a real VetBro and a CZ aficionado.

He shits all over your gun.

It works.  No malfunctions.  The gun runs exactly as it is supposed to.

But he doesn’t like it.  It’s too big and too heavy for a 9mm.  It’s not high-speed, low-drag.  It’s bulky, with an okay trigger compared to his beloved CZ.  It’s not something he’d trust his life to in whatever arid shithole he was deployed to that endowed him with his VetBro status.

Your gun is not “a Glock killer.”

Gun guys were not your target consumer, right?

Yes, but no.  See, a lot of guys who sign up to work behind the counter at these retailers are gun guys.

First-time buyers rely on the knowledge of the guy behind the counter or their gun guy friends for advice.

So now the gun guy friend or the gun guy behind the counter is asked for their sage advice, they repeat what YouTube McVetBro-Douche said.

Your gun gets no sales.

Never mind that the gun that your company designed and produced was exactly what that first-time buyer segment of the market was looking for and needed for their purposes. The social influencer compared your budget pistol to pistols that cost twice as much and which are designed for specialized (competition and military) purposes.

To use a car metaphor, this situation is the same kind of invalid comparison as if you compare buying a Toyota Corolla to a Lexus LS-500. The Corolla is a good, dependable, basic car with an MSRP starting at $21,450 for the 2022 models. The LS-500 is a luxury car with all of the bells and whistles with an MSRP starting at $76,000 for the 2022 models. These vehicles aren’t intended for the same market, but if you watch reviewers who are nuts about luxury cars, they may be giving negative reviews for the Corolla when, the reality is that the Corolla simply is not intended for the LS-500 market that the review belongs to.

Because of this fiasco, this gun manufacturer made few sales and killed that line of pistols even though there was a demand for it in the marketplace.

All this to say, when you look into buying your next firearm, yes, read reviews, yes, watch reviews on social media. But after you’ve done all of that, pay attention to what purpose that you want that firearm for and evaluate for yourself if the reviewer was reviewing the firearm for the uses that you have for the gun or for that reviewer’s own bias.

You need to think for yourself when you make that gun purchase because you’re the one who has to be able to afford the gun, ammunition and accessories, and you are the one that has to live with your decision.

Previous articleCould This Be The SURPRISE Leadership Upset Of The NRA?
Next articleUNEXPECTED: Practical Gun Use Tips From An (Almost) Satire Site