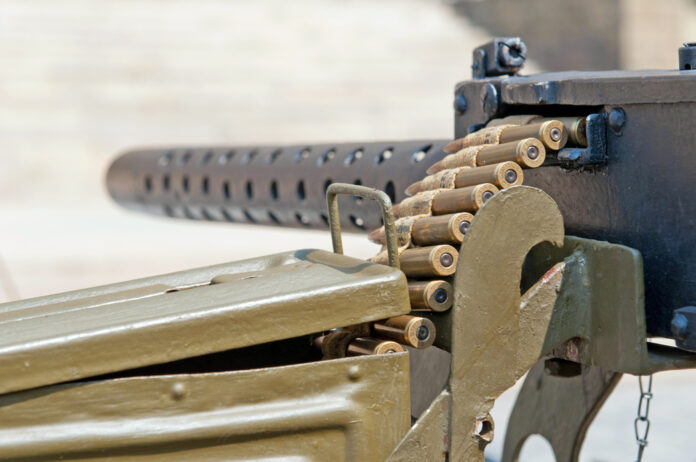 In the openly hostile environment towards gun ownership that we are seeing in the current administration in the White House, it’s nice to see when gun rights gets a victory in the court system. In other words, it’s good to see that some judges are still rational and actually concerned with the Constitution.

This particular ruling has to do with bump stocks. Now, if you remember the bump stock controversy (you can read more about it here), then you’ll remember that the Bureau of Alcohol, Tobacco, Firearms, and Explosives (ATF) has been trying to ban bump stocks because it can assist a person to fire faster. To “justify” this reclassification, the ATF created a rule that a firearm with a bump stock is now to be considered a machine gun.

Never mind that a machine gun will still fire much faster than even the most adept bump stock user. But, as you know, anti-gunners aren’t interested in dealing with reality. They’re trying to get rid of their nightmares which are based on some bizarre delusion about gun owners.

Fortunately, though, U.S. 6th Circuit Court of Appeals (or, at least, two of the three judges) showed some common sense and (gasp) remembered that their job is to keep government within the limits of the Constitution. Jack Phillips writes,

The U.S. Court of Appeals for the 6th Circuit further indicated that the federal ban on bump stocks, which are devices that can increase the rate of fire for semi-automatic weapons, is likely unlawful and should be placed on hold. The ban on the devices was implemented following the 2017 Las Vegas mass shooting that left 58 people dead after the suspect used bump stocks.

The Department of Justice issued the 2017 ATF rule “to clarify that [bump stocks] are ‘machineguns’ as defined by the National Firearms Act of 1934 and the Gun Control Act of 1968” as these devices “allow a shooter of a semiautomatic firearm to initiate a continuous firing cycle with a single pull of the trigger.”

But, according to the ruling this week, the appeals court said that such changes in criminal law are up to Congress, not the executive branch.

“It is not the role of the executive—particularly the unelected administrative state—to dictate to the public what is right and what is wrong,” stated Judges Alice Batchelder and Eric Murphy of the 6th U.S. Circuit Court of Appeals, who wrote the 2-1 majority opinion. “Granting the executive the right both to determine a criminal statute’s meaning and to enforce that same criminal statute poses a severe risk to individual liberty,” they added.

“Entrusting the interpretation of criminal laws to the judiciary, and not the executive mitigates that risk and protects against any potential abuses of government power,” the judges further said.

That’s the kind of common sense that the current occupants of the White House could use, but, sadly (and especially, it seems, when it’s from anti-gunners), common sense is really pretty uncommon.

Previous articleThe Real Truth About The Tueller Drill (21 Foot Rule Drill) From Tueller’s Own Mouth [Video]
Next articleShould This ‘Old Reliable” Be Your Next CCW Buy?