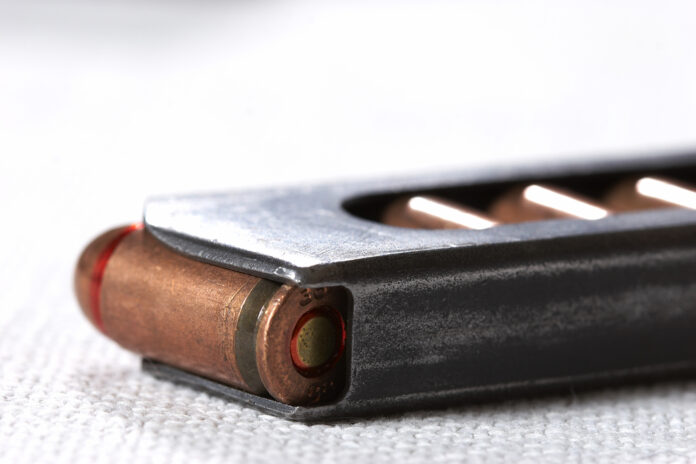 And you can see the same hypocrisy around guns. They want their personal bodyguards and security teams to have guns, but they don’t want you to be able to defend yourself from the criminal who pulls out a gun to rob you, rape your wife or daughter, and, then, kill all of you.

Don’t believe me? Well, here’s a current instance of gun control that anti-gunners are pushing that they are exempting their security details from. Lee Williams writes,

No two are alike.

That’s why you must take every advantage possible: A reliable firearm and gear, sufficient training, the right mindset and plenty of ammunition — plenty.

Now, a group of federal lawmakers wants to restrict your constitutional and God-given right of self defense by limiting the number of rounds you can carry in your firearm.

Evidently, these tactical gurus think 10 rounds is all you’ll ever need, unless you’re a cop.

I doubt any of these politicians have even fired a weapon, much less heard one fired in anger.

Of course, the proposed bill provides an exemption to law enforcement officers “(whether on or off duty).”

What this means is, effectively, that the security details for these legislators get a special exemption that you and I wouldn’t be allowed to have.

And to add insult to injury, one of the people pushing this bill shows that they are utterly clueless to go along with their hypocrisy. Williams provides a quote from U.S. Representative Diana DeGette (D-CO):

If you ban them in the future, the number of these high-capacity magazines is going to decrease dramatically over time because the bullets will have been shot and there won’t be any more available.

I’m guessing that she believes magazines can’t be reloaded. She obviously couldn’t be bothered to do a simple Google search before saying stupid stuff.

It’s unbelievable that people so ignorant of something feel like they are imminently qualified to talk about and regulate that item.

This kind of nonsense has to stop, so go ahead and contact your Representative in Congress and tell them to vote against this silly magazine ban. It’s nothing more than a waste of time and money to make ignorant anti-gunners feel safer without actually doing so.

Previous articleIf You Own This Accessory, Anti-Gunners Call You A Criminal And Want You Thrown In Jail
Next articleHorrifying CO Shooting Proves That High Capacity Magazine Bans Don’t Work