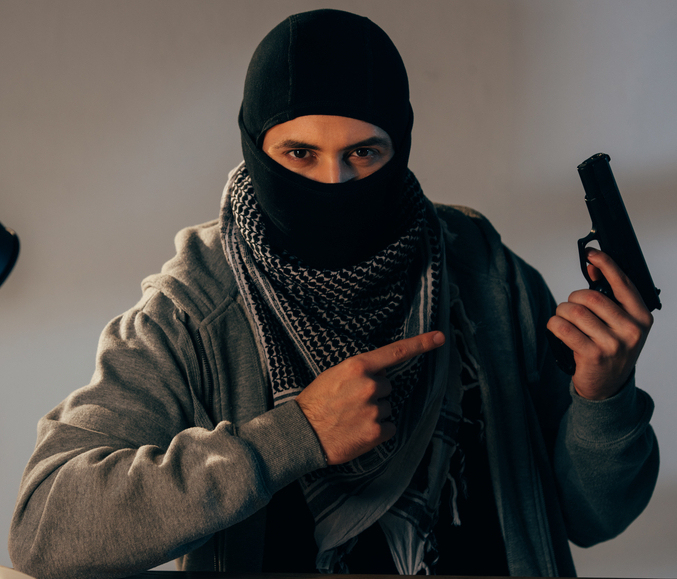 Anti-gunners, as you know have this bizarre idea that if you remove “all” guns from a society through gun control (as if that could actually happen) or severely limit who can legally have access to guns, then gun violence and (in their minds) overall violence would decrease.

But the issue isn’t just that, once legal gun ownership is removed from a culture, then only the government and criminals have firearms meaning that criminals can roam freely committing crimes. No, it’s worse than that.

See, what happens is that the same people who tend to be anti-gun in their political position are also the same people who tend to be compassionate (if we’re being charitable to them) towards those who find themselves in the judicial system. What that means, in plain terms, is that anti-gunners in government bureaucracies and on the judicial bench tend to set up situations where violent offenders (including those using firearms) are out on the streets that much more quickly and committing violent crimes again. A writer over at gunfacts.info (it was posted under admin) writes,

Starting in 1992, just before violent crime peaked in America, states and the Federal government all jumped on the “get tough on crime” legislative spree. Overall, this suppressed violent crime. But violence started creeping up around 2015, which got many people wondering why – given that all the “get tough” laws were still in effect.

Laws are often written with wiggle room. For example, “sentencing guidelines” are just that – guidelines. They are not chiseled in stone down to two decimal places. The same caveat applies to how government agencies interpret rules and set priorities. For example, in the year 2000, 1.3% of suspects that the federal government declined to prosecute for guns crimes were declined because of “alternatives,” such as “pretrial diversion” or “administrative disciplinary options.” In 2016, the rate was over 11%.

The declining rate of referrals to federal attorneys is troubling enough, but even when prosecutors do win a case, judges can skew the long-term outcomes and indirectly affect gun crime rates.

The “Takeaways” according to this writer are:

Now, those are that writer’s specific words in the takeaway, but let’s be clear here: those who oppose gun ownership by the public also tend to be the same ones who want to have a compassionate heart towards those who commit crimes. And while we should have a discussion about the best way to reform criminals, the result of the policies that they currently tend to advocate and implement are clear: when anti-gunners run the legal system, gun violence in the society increases, and it is to blame on those policies.

Here is a real-world example of that situation from a city whose municipal government has long been on the anti-gun, be nice to criminals bandwagon. John Domen writes,

City leaders have long lamented the proliferation and accessibility of illegal guns with crime again on the rise. D.C. police often highlight all the arrests they make for possession of them, too.

But not everyone arrested is convicted, or even charged, a D.C. Council member said Tuesday night.

“About a third of all of MPD’s gun arrests don’t get papered by the U.S. Attorney’s Office,” Ward 6 Council member Charles Allen during a town hall focused on crime in his ward. “Meaning they don’t move forward to be charged. That’s concerning and I want to know why.”

We want to know why they aren’t being charged, too, but as long as anti-gunners make and implement the legal and criminal policies in those areas, it seems pretty likely that their gun violence problem will be unchanged.