Is This Person’s Reason For Wanting To Ban Open Carry CRAZY? 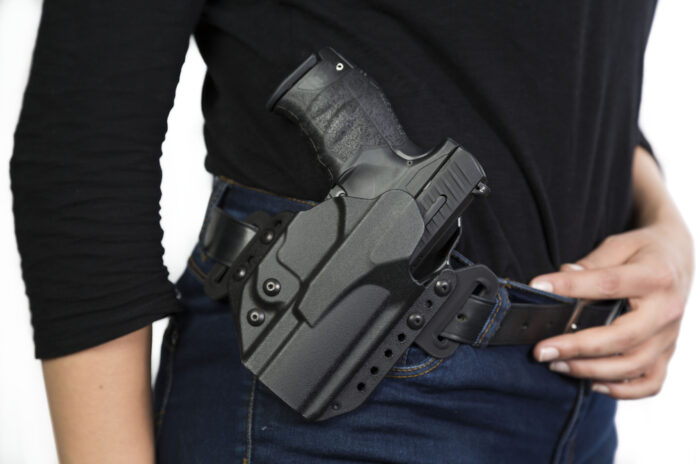 Open carry, for many people is controversial.

Now, if you’re new here and you’re not familiar with open carry (versus concealed carry), here’s the difference: concealed carry (as the name implies) is carrying a firearm but keeping the firearm hidden (unless everything goes wrong and you have to pull the weapon). Open carry, on the other hand is carrying but carrying with the firearm in the open for the world to see.

Personally, I choose to carry concealed for two reasons: the first is that I want the advantage of surprise on a criminal if I have to pull my firearm. The second reason is that, frankly, it’s not worth it to me to have to deal with irrational, frantically emotional anti-gunners who may freak out just at the sight of my firearm.

Whatever the motivation to carry openly, one person had a reason for opposing it that you may not expect. AWR Hawkins writes,

David French used social media commentary Tuesday to focus on the plight of Kyle Rittenhouse, describing open carry of firearms as “menacing” and calling for laws to be rethought.

French tweeted: “Open carry is materially different from concealed carry. It’s often designed to be menacing, to intimidate the public and public officials. And after the debates around Rittenhouse, it’s time to rethink open carry, as a matter of ethics and law.”

French’s use of Rittenhouse in an attempt to criticize open carry as a means to “intimidate” others brings to mind prosecutor Thomas Binger’s claim that Rittenhouse lost his right to self-defense because he was armed.

Binger said, “You lose the right to self-defense when you’re the one who brought the gun.”

Of course, both French and Binger’s logic is absolutely ridiculous. Carrying a firearm openly is no more a justification for someone else to attack you (to “defend themselves” from you) than a woman wearing skimpy clothing is an invitation for a guy to rape her. Just as the rape would not be justified (and would rightly be prosecuted as a crime), the three men who attacked Rittenhouse were not justified in their attacks because carrying a firearm openly is not, in-and-of-itself, a threat.

Fortunately, Rittenhouse was acquitted on all charges which was the right ruling in that case based on the evidence that everyone has been able to see, but the fact that anti-gunners will still make this ridiculous argument is proof that they aren’t thinking rationally on any level about firearms.

So, yes, you should continue to carry your firearm for personal protection and to protect the innocent. Having said that, because of anti-gunners’s irrationality, it may be the better part of wisdom to choose to carry concealed just to avoid a public hassle with them when you’re eating dinner with your family out and about.