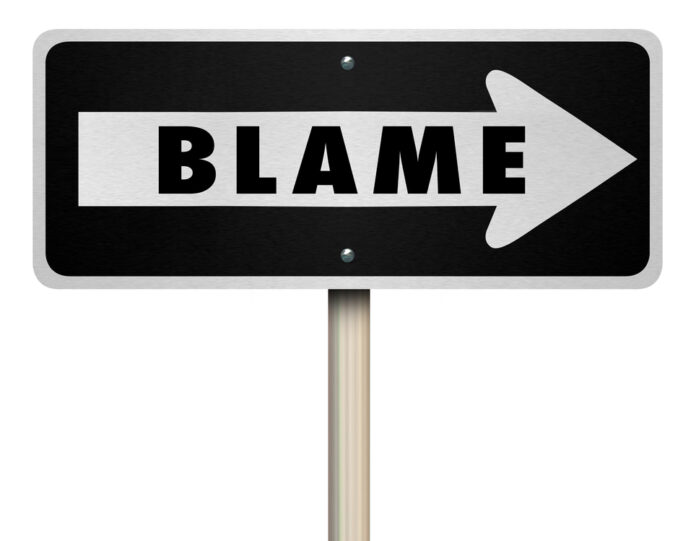 One of the marks of maturity in a person is their ability to take responsibility when they make a mistake or (maybe especially) when they do something wrong. On the flip side, one of the marks of a child is that they believe everyone else is responsible for their situation and their mistakes.

What they want doesn’t change the facts of the situation, though. Not in the least.

Realizing this, a recent interview that Alec Baldwin had with former Bill Clinton staffer turned “journalist” George Stephanopoulos shows that Baldwin still has the maturity a toddler. Maureen Callahan writes,

Just when you think Alec Baldwin can’t go any lower, he blames Halyna Hutchins, the woman he shot to death, for getting shot to death.

“Everything is at her direction,” Baldwin told a sycophantic George Stephanopoulos during a jaw-dropping, hourlong interview that aired Thursday night.

“I’m holding the gun where she told me to hold it,” Baldwin said, “which ended up right below her armpit. Which is what I was told — I don’t know.”

There was so much Baldwin claimed not to know.

And Stephanopoulos, his longtime friend from the Hamptons — not that the average viewer would know that — was only too eager to pitch softball after softball.

Yes, one of ABC’s leading journalists — I use that term loosely — hardly challenged Baldwin when he claimed, repeatedly, that he never pulled the trigger, that the gun just went rogue.

Not everyone agrees with Baldwin about the ability of guns, such as the one that he was holding when Hutchins was killed, to act of their own accord. Callahan tells us about a person who, unlike Baldwin, actually knows something about firearms and their take on this shooting:

“I’m not aware of any gun firing itself,” says Steve Wolf, a Hollywood firearms and special-effects expert since 1994. “I’ve never seen a gun self-discharge. A single-action revolver like this” — the Colt that Baldwin fired — “can be discharged very easily, with minimal input required … The trigger still must have been pressed.”

The fact of the matter is that, if Baldwin actually knew anything about guns and gun safety (you know, been a responsible adult while holding and handling a firearm even on a movie set), then he would have known and followed the four laws of gun safety. But he didn’t, and a woman is dead because Baldwin didn’t take responsibility, then, either (you can read more about that here).

So, here we have a situation where a grown man’s immaturity both motivates their foolish political perspectives (Baldwin is vocal about his support for strict gun control) and, also, directly contributed to the untimely death of another person.

Guns aren’t the problem when it comes to gun violence and deaths. People like Alec Baldwin and their immaturity are the problem.