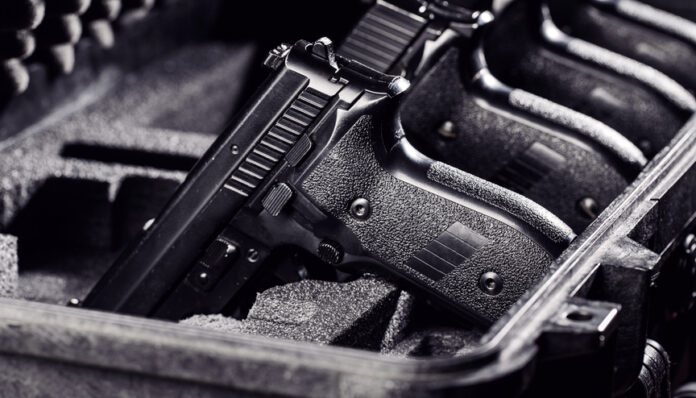 Gun safety is a big deal. Of course, I’m not talking about the silly ideas of “gun safety” that anti-2A people focus on. No, I’m talking about how to use your firearm safely, being skilled enough to hit what you need to hit (and nothing and no one else) and keeping your gun safely out of the hands of anyone else.

But anti-2A people focus exclusively on keeping guns out of the hands of anyone legal, and one of the more common focuses that they’ve had recently has to do with gun storage. And there’s a dark side to gun storage, as they want to mandate it, that they aren’t talking about.

John R. Lott, Jr. gives us the other side of that picture:

“Michigan’s laws are woefully inadequate,” Oakland County Prosecutor Karen McDonald announced at a press conference. “We [Michigan] don’t have a safe storage law. We’re not legally required to store your weapon in a safe manner. Children are allowed to attend [gun ranges] with their parents. … We don’t have strong enough laws.”

We all want to do something when tragedies such as this one occur, but more lives will be lost than saved if we mandate that everyone lock up their guns.

Gun storage is primarily designed to prevent accidental gun deaths of children. According to the Centers for Disease Control and Prevention, Michigan averaged less than two accidental gun deaths a year for those younger than 18 from 2010 to 2019. That’s about half the rate of such deaths nationwide.

This disparity must be a puzzle for gun control advocates, since a significantly larger percentage of Michigan households have guns and the state doesn’t have the gun “safety” laws that other states have enacted.

According to my research, which has been published in the Journal of Law and Economics and elsewhere, such laws make it more difficult for people to defend themselves and their families successfully. As a result, criminals became more emboldened to invade people’s homes. There have been 300 more total murders and 4,000 more rapes occurring each year in states with these laws. Burglaries are also dramatically higher.

So, once again, we have a situation where anti-2A people, for motives that they say are noble (and that sound noble, if they are truly their motives), deny reality by advocating for policies that actually make the world more dangerous for everyone.

If anti-2A people really want to reduce overall levels of violence and murder, the first thing that they need to do is to open their eyes and actually review what the data really says. Only then can they begin to look for real solutions to those problems, and those real solutions, of course, can never be achieved through gun control.

Previous articleWhile Focusing On The Trivial, Anti-Gunners Aren’t Stopping This SCARY Thing
Next articleHow This Guy Got Around A Background Check Takes The Cake