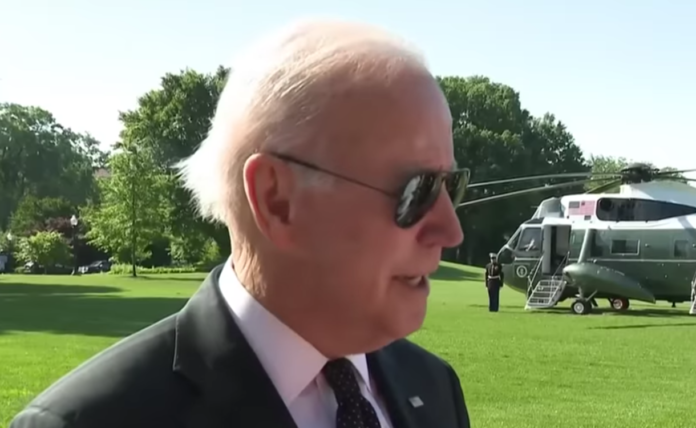 If you like seeing people say things that make them look foolish, current U.S. President Joe Biden is the gift that keeps on giving. I can’t recall anyone in the history of American politics who has a more serious case of open-mouth-insert-foot disease.

He does have the most remarkable ability to say stupid things and stay in office, though (It makes you wonder how much dirt that he has on other people in Washington, D.C. to be able to blackmail them into leaving him alone).

But today’s example takes the stupid to an entirely new level. You have to see it to believe it. Watch it below.

Did you catch that? Biden actually said that a 9mm bullet will blow a lung out of the body (He also called 9mm a high caliber bullet, so, you get a second silly statement in the same interview).

Now, I don’t know what 9mm bullets Biden has been shooting (though, I would bet it’s been none), but I’ve shot my share of 9mm bullets. A 9mm bullet isn’t going to blow a lung out of the body. That’s utterly ridiculous, but that’s the level of nonsense that anti-2A politicians are trying to pass off as rational discussions about the dangers of guns.

If they don’t know that, how can they possibly have any reasonable level of knowledge to be able to have a conversation about guns, much less gun control?

The fact of the matter is that anti-2A politicians (and anti-2A non-politicians, too), overwhelmingly, have no clue what they’re talking about, either about guns or about actual causes and solutions for gun violence.

And until these people can get their heads out of their behinds long enough to actually get a basic knowledge of the subject, we shouldn’t be wasting our time even talking about gun control with them beyond simply stopping all gun control legislation before it can even come up for a vote.

These people are low information politicians and low information voters, and until they have some basic knowledge to build on, they can’t even understand how silly and wrong they are when they talk about this issue.