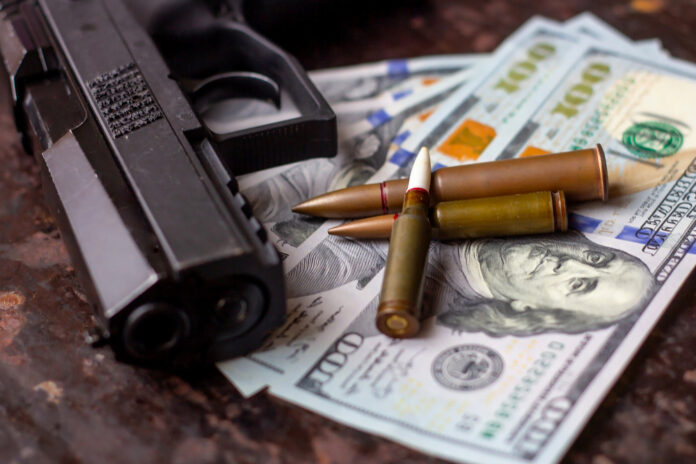 Anti-2A politicians and bureaucrats seem to have a limited number of ideas for how to reduce gun violence. Essentially, everything with them seems to come down to “find a way to take guns out of the hands of legal gun owners.”

So, they’ve tried gun buybacks, mandatory turning in of firearms, banning firearms sales, and variations on those few things in their failed efforts to actually reduce gun violence.

Now, one municipality has taken the idea of gun buybacks (which never actually impacts gun violence rates) and, instead of giving big box store gift cards in exchange for guns, these bureaucrats are trying a slightly different approach. Juliette Fairley writes,

In an effort to curb shootings, California’s San Luis Obispo has set aside $12,000 in gift cards for the city’s first “Groceries for Guns” event, which is planned for this Saturday, Oct. 1, from 9 a.m. to 1 p.m.

Californians dropping off “assault rifles” will receive a $200 grocery store gift card while other rifles, handguns, and shotguns are worth $100 cards.

The event is designed to clear the streets of unwanted guns that are not in use and inherited firearms that residents would like to discard but don’t know where or how to do so.

Now, to give these folks the benefit of a doubt, let’s assume that they actually have good intentions and just want to get guns out of the hands of people who have them illegally.

Even if that’s true, this program doesn’t stop those illegal gun owners from getting guns from the black market again (or stealing more) which is probably how they got their hands on firearms in the first place.

In other words, this government will have paid out $12,000 for no change in their situation.

Until anti-2A people focus on actually dealing with the reasons that people commit gun violence against other people (instead of focusing on the guns, which are never the problem), programs like these will simply continue to waste taxpayers’s money.