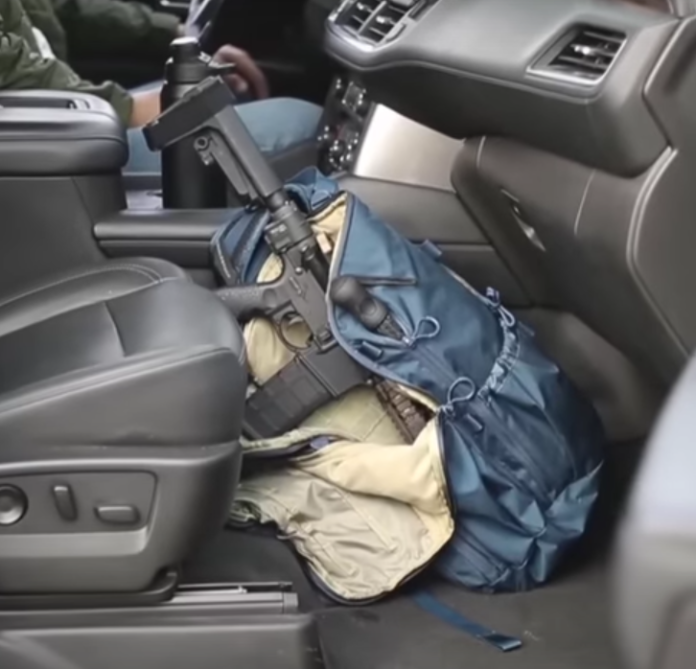 What is it about anti-2A politicians and their campaigns that they keep telling us one thing but, away from the cameras, they do the opposite? How long will it take for the anti-2A portion of the population (which is overwhelmingly driven by ignorance about firearms and the forces driving gun violence) to realize that the politicians that claim to represent them really don’t believe what they say they believe?

I don’t know the answers to either of those questions, but one thing I would like to see start happening is for the hypocrisy to stop.

If you question how widespread this hypocrisy is, just ask yourself how many of these candidates have bodyguards and security personal who carry firearms. Answer: all of them.

In some cases, it’s not just the candidate’s security details which are carrying firearms. And in at least one case, the non-security detail person who had a firearm had an “assault weapon!” Oh, the horror! Oh, the hypocrisy.

To see the details of today’s story, you can watch Colion Noir’s video below.

So, Arizona gubernatorial candidate Katie Hobbs is running on an anti-2A platform. Her chief political advisor Joe Wolf, apparently, carries an AR-15 in his car while driving around for campaign purposes.

But neither of them want you or me to have firearms, and they especially don’t want you to have an AR-15.

To paraphrase Darth Vader: The hypocrisy is strong with this one.

This whole situation would be infuriating enough except that nearly all anti-2A politicians and bureaucrats act this exact same way: It’s okay for them but not for you.

Now, we could ask why the legacy mainstream media isn’t covering these character failures on the part of anti-2A candidates, but we already know the answer: the media is in on this hypocrisy and on this narrative.

And this is why you have to continue to search for news sources (like this site) that will give you the truth and not the party line.

Previous articleParkland Shooter Sentenced: Here’s What Will Happen To Him
Next articleBIG Court Win For Gun Manufacturers