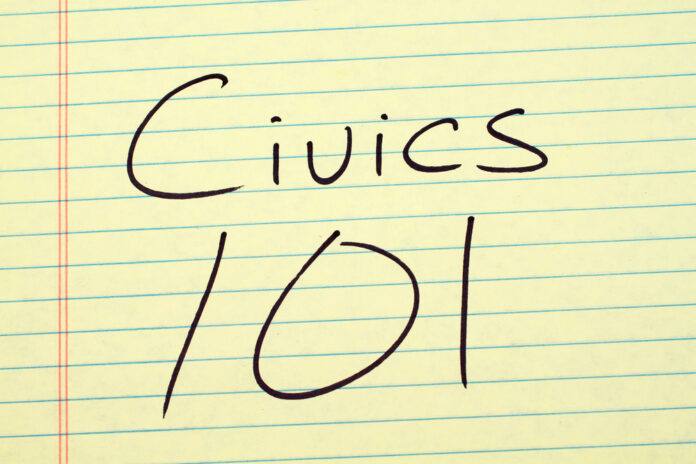 American parents have been complaining about the education system here in the U.S. for years. Some parents complain about some school districts’ difficulties in teaching reading to students. Other parents feel that the school system fails to educate their children in a way that helps that child to grow up to be employable once they are out of school. Still other parents are concerned about peer pressure and other negative influences in school.

Yes, civics. That class that teaches how our government, economy, and society work (or, at least, should work).

You can see the failure to teach this subject with any kind of objectivity or accuracy by looking at how students approach many issues once they leave school. One easy issue to review is, of course, gun rights. In fact many children have no idea what the Second Amendment is really about.

So, how can we educate these people? When it comes to the Second Amendment, at least, we can take a short passage from Suzanne Sherman on this issue and have those kids read it. Sherman writes,

Many politicians claim to support the Second Amendment while simultaneously insisting the federal government has the authority to ban “military-style weapons.” These are mutually exclusive positions.

The purpose of the Second Amendment was to ensure the people would always have access to “weapons of war.”

Gun control enthusiasts also argue the Second Amendment is not “absolute.” This is absolute nonsense.

The amendment reads, “A well-regulated militia, being necessary for the security of a free state, the right of the people to keep and bear arms shall not be infringed.”

If that verbiage is not absolute, I don’t know what is.

The more radical the gun-grabbers call for the Second Amendment to be repealed. It’s a ridiculous goal, and it wouldn’t fundamentally change anything. The Constitution never delegated the power to regulate firearms in the first place; the Second Amendment only reconfirms this pre-existing right and bars the federal government from infringing on it. Accordingly, every federal firearms law, other than those arming militias, is unconstitutional – even without the Second Amendment.

Thomas Jefferson said laws beyond the Constitutional authority are null and void. Thus, the states have an obligation to ignore them and prevent their enforcement – an obligation they refuse to uphold.

There you have it: both the truth of the Second Amendment and the failures of our elected officials to do their jobs.

If elected officials did their sworn duty, then, there would be no Federal restrictions on private gun ownership. Period.

And that’s how it’s supposed to be.