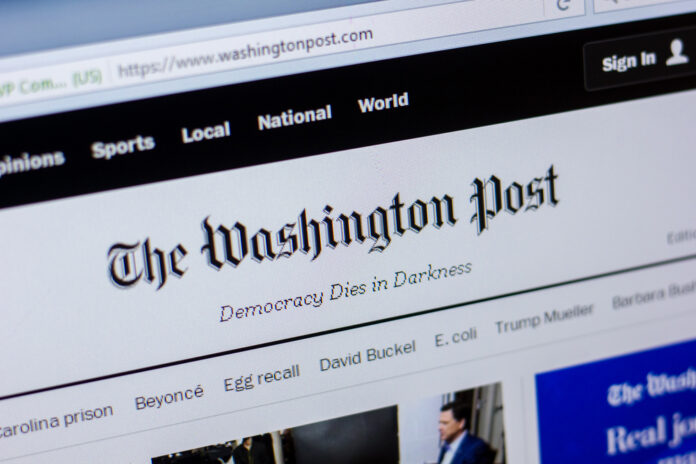 The mainstream legacy media has a long-standing tradition of pushing their preferred talking points instead of actually reporting news. It’s ridiculous that people even take them seriously based on the silly “conclusions” that they come to. Which, if they were honest, they had come to before even evaluating the evidence.

Today’s story touches on that problem with the mainstream media, though, in today’s story, what we’re going to talk about is how these “journalists,” in their rush to push an agenda, completely skip over the real solution to the problem that they bring up (and it actually is a real problem, so, they got that part right).

So, here’s what is going on: three writers for The Washington Post put together a piece blaming a popular target for the political left for increases to violence towards women. I’d like to think that all of us can agree that initiating violence towards other people, especially women, is evil. The problem with the piece, though, is that they completely ignore the real solutions to the problem. Joseph MacKinnon writes,

According to an op-ed in the Washington Post, if a man in a poor country brutalizes a woman, his victim could attribute her aggressor’s malice and cruelty at least in part to climate change.

In their article co-published Tuesday by the Post and the Fuller Project, their interests apparently converged, culminating in the suggestion that “the threat of violence could become more common as climate change makes extreme weather events more intense and frequent.”

Now, it’s true that when stress in life situations increases, violence tends to increase. Those statistics are pretty clear. And we can (and should) have a discussion about whether climate change is man-made, preventable, and the best ways to protect people from difficult situations. We’re just not going to have that discussion here, on a site focused on firearms and gun rights.

MacKinnon points out the problem with The Washington Post writers’ conclusions:

Like gun control activists who diminish human agency and assign blame to inanimate objects for bad behavior, the authors appear keen to link bad behavior to bad weather rather than just bad people.

And if you’ve been reading this site for any amount of time, then, you know that the solution to protect women (and anyone else vulnerable) from bad people is to arm and train women to be able to protect themselves. Because a firearm is the great equalizer.

If these authors really cared about protecting women, then, they would be campaigning for gun rights all over the world. Then, again, they probably wouldn’t have been published in The Washington Post if they’d written something that sensible and rational.