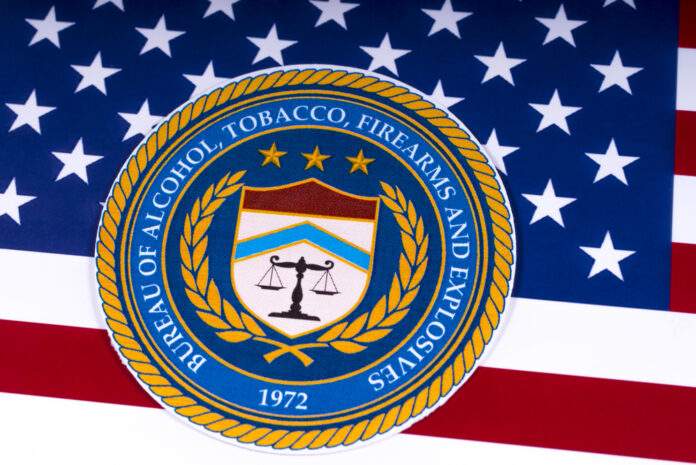 Well, Biden’s ATF is at it again. No matter what Joe Biden said during his 2020 Presidential campaign, we all knew that he was a anti-2A gun control zealot. It was no secret.

So, it’s been no surprise when he’s moved forward to try to steal the Second Amendment rights of law-abiding Americans. It’s been disappointing, but we all knew that it was coming.

Now, the Bureau of Alcohol, Tobacco, Firearms, and Explosives (ATF) has issued a rule that has the potential to (quite literally) make countless Americans into criminals. A writer going by AnnieOakly writes,

Biden’s Justice Department announced a new rule yesterday stating that if a firearm with a barrel shorter than 16 inches is fitted with a brace (i.e. an AR- or AK-type pistol) it will soon be considered a short-barreled rifle under the National Firearms Act of 1934. This means that in order to legally possess the firearm in this configuration, it must be registered with the ATF and the owner must pay a tax stamp, just like an SBF. Which sucks bigtime.

That’s right, if you have one of these firearms, they want to track you (even more than they already are with their form requirements). To give you more information, here are details from the ATF’s website:

Any weapons with “stabilizing braces” or similar attachments that constitute rifles under the NFA must be registered no later than 120 days after date of publication in the Federal Register; or the short barrel removed and a 16-inch or longer rifle barrel attached to the firearm; or permanently remove and dispose of, or alter, the “stabilizing brace” such that it cannot be reattached; or the firearm is turned in to your local ATF office. Or the firearm is destroyed.

They are demanding that you either let them track you or that you give up your legally-owned firearm.

Sounds like a clear-cut instance of the ATF (again) violating the Constitution’s Second Amendment.

Mark my words: this rule is going to bring a flurry of lawsuits, and several pro-2A organizations are already promising those lawsuits.

I look forward to those lawsuits coming and to see this rule smacked down in court because the Second Amendment places no restrictions on the rights of law-abiding Americans to own and bear arms.