How To Spot A Potential Attacker 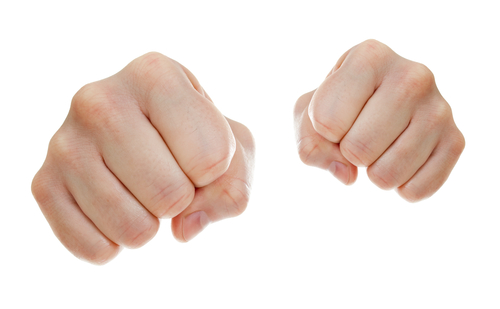 In keeping yourself safe, the first step that many people think of is making sure that they have their everyday carry on them or another firearm available, if at home. And while there is no question that this is important, it isn’t the first step in keeping safe.

The use of a firearm is the last step to be taken to prevent violence. Therefore, the first step is to have an awareness of the area that you are in and of people exhibiting signs of being prone to violence. But, how do you know who is prone to violence?

When it comes to evaluating a person or situation, the first thing is to trust your gut. Unconsciously, you have a sense of when someone is dangerous or something about the situation isn’t right.

Secondly, though, it helps to have some understanding of body language. In poker, they call them “tells.” Tells are signs that people unconsciously give off which give away their thoughts or intentions.

For example, aggressive body language can include things such as clinching fists or standing in a fighting stance (as in the placement of their feet).

Some people associate wild gesturing as a sign of violence, but, frankly, that is often just posturing which is an intimidation tactic. It doesn’t mean that the person is intending to actually become violent. Greg Ellifritz writes,

Wide gesticulating outside the framework of the body is threat and posturing. It’s the sign of a person who is trying to blow off some steam. Gestures inside the body frame and pointing are more closely associated with violent actions.

Ellifritz advises to be especially cautious when you see what he calls the “Thousand Yard Stare.” He writes, “Be especially alert if you see someone with an empty stare who isn’t responsive to his environment.” Of course, this could mean that they are trying to emotionally disconnect from the people around them so that they can initiate violence.

All in all, be aware of when someone is acting in a way that is not normal for the situation in which you are in. When you see it, be aware of it to prevent any potential violent moves on their part.

Why? Because, while we want to be prepared for violence when it happens, the better part of valor is simply avoiding the violent situation if at all possible.