When You Should Teach Your Kids To Shoot 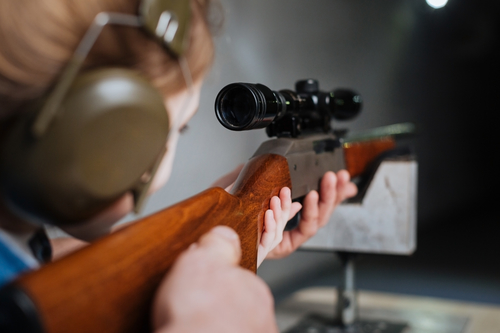 If you are a parent and a gun owner, you have no doubt asked yourself when you need to start teaching your kids how to shoot.

Sure, you already know that you need to teach them from the earliest age possible basic gun safety rules (and keep every firearm out of reach of any kid who is too young to learn those rules yet), but gun safety rules are about keeping from accidentally shooting the firearm which is, typically accomplished by teaching the child to stay away from the gun. What we’re talking about, though, is when you teach your kids how to use the gun.

Fortunately, for us, Karen Hunter has some thoughts on this exact subject from different firearms experts. Hunter provides thoughts from Fred Mastison, President of Force Options Tactical Training Solutions, who says,

When you should start taking your kids to the shooting range differs, but I believe it is child dependent. Some kids simply mature earlier than others. I personally started my kids on shooting airsoft and BB guns when they were five. By the time they were seven, they were shooting a Crickett .22 rifle. Now, much later, they are both exceptional shots and capable of running any gun under the sun.

In my experience, kids are often intimated by the muzzle blast and concerned about recoil, so I suggest starting them off with a .22 rifle and working your way up from there. My daughter’s first trip to the range was with a Remington Model 597. She had a blast. After numerous discussions about safety and a review of the firearm, I started her off with one round in the gun. Once I observed that she followed all of the safety rules, we loaded the magazine and had a ton of fun shooting balloons. I prefer Shoot-N-C targets, reactive metal targets or balloons when taking a kid out for the first time. The instant gratification adds to the fun.

Really, the answer to when to start training your child how to shoot is going to be a personal one, and it’s going to depend, at least in part, on when your child is emotionally ready to use a firearm. Still, when that time comes, the advice, pretty much across the board, is to start them with small caliber firearms. After all, you want your child to grow up with your love of shooting, don’t you?

Previous articleCould This Old West Gun Fighting Secret Save Your Life?
Next articleHow To Spot A Potential Attacker

How To Make Sure That Your Child Is Safe At College