Judge’s Ruling In Shooting Case Will Make You LIVID 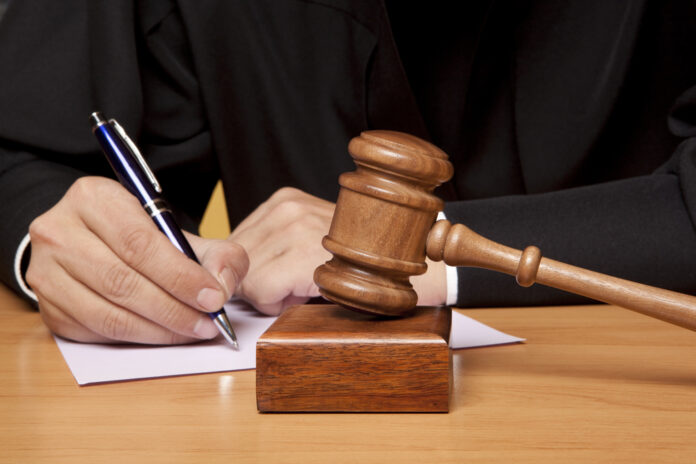 Of course, this story comes out of California, one of the few places in the U.S. in which a person is not responsible for their own choices, but it’s always someone else to blame.

This story is actually hard to write because the lack of rational thinking in this judge’s decision is both breathtaking in its stupidity and infuriating in its application. Dan Zimmerman gives us details about this ridiculous ruling:

The assault against gun makers in the courts continues. As you probably know, gun makers are protected against legal liability when their products that were manufactured and sold legally are used in the commission of a crime. That basic protection is provided under the Protection of Lawful Commerce in Arms Act.

The PLCAA is a critical protection for gun makers as a defense against lawfare attempts to run them out of business. That’s precisely why the current occupant of the White House has expressed his ardent desire to see it repealed.

But the judge’s reasoning in allowing the lawsuit against the gun makers is…unusual. In his ruling, Superior Court Judge Kenneth Medel wrote that Smith & Wesson sells . . .

‘…firearms that it knew could be easily modified to turn into fully-automatic assault weapons – even when its modified guns have been used in other mass shootings. It also fraudulently marketed its Rifle with known intent to put them in the hands of persons in a demographic particularly likely to cause extreme harm — and indeed harm is the epitomy (sic) of “cruel and unjust hardship in conscious disregard” of the rights and safety of others.’

So, the judge ruled that the lawsuit against Smith & Wesson can continue because a person can modify a rifle in a way that it could shoot quickly like a machine gun.

That’s an awful lot of possible misuses by individuals to make a company liable for that. But you can bet that this same judge won’t rule that an internet service provider can be sued because someone can use that to view illegal material, and this judge wouldn’t rule that a car manufacturer can be sued because someone could drive a vehicle into a crowd to kill someone.

This ruling is so obviously biased, it’s not even funny. This judge isn’t even trying to stay within the legal limits of the law but is just looking for ways to be an activist judge instead of taking his oath of office seriously.

This judge needs to be removed from this case and needs to be impeached for violation of his oath to uphold the Constitution. I’ve never seen a more utterly ridiculous ruling in my life.