Anti-Gunners FREAK OUT About Santa This Year 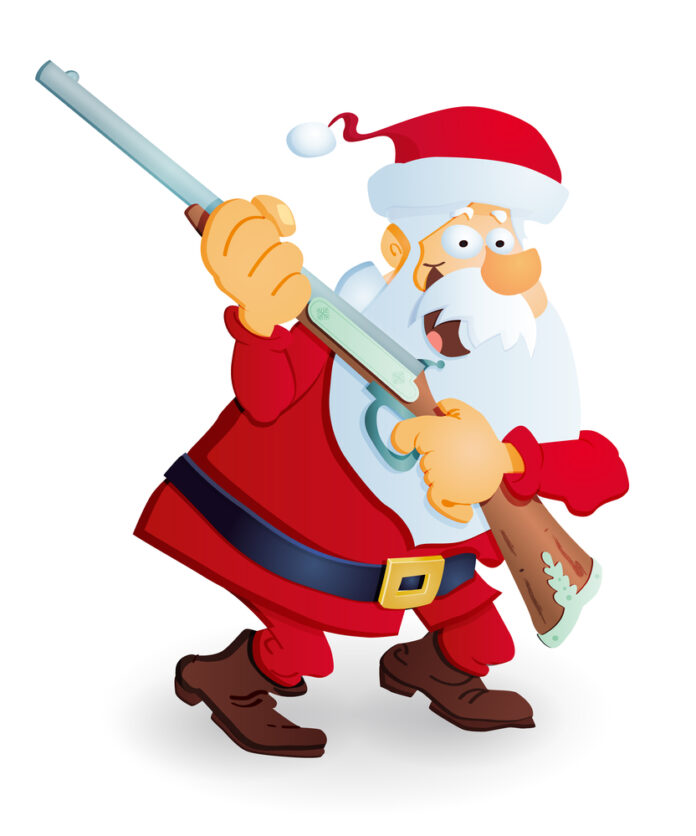 When I was growing up, Santa was a fun game that parents played with their children, a completely non-political family tradition, and, like kids everywhere, I loved it.

But we don’t live in that imperfect but relatively sane world of our childhood these days. Certain parts of our country have tried to politicize everything and have especially tried to smear legal gun owners in the arena of public opinion.

So, with that kind of lunacy happening right now, a sheriff in El Paso County, Colorado decided to have what they probably thought was some simple fun. Anti-gunners, though, saw it as something different (hat tip to here for the lead). Here is that sheriff’s tweet:

If you’re like me, you probably thought this was a cute Christmas tweet from the El Paso County sheriff’s office. In response, anti-gunners freaked out about it. I guess that’s not really a surprise, though, is it? Patrick Reilly writes,

Social media users were quick to lash out, slamming the idea that Father Christmas would want a concealed carry permit as his own holiday present.

“So the dude coming through the Chimney to give presents to your kids will be carrying a concealed handgun? Got it!” responded user Russel Schwartz.

“Santa has a fvcking gun is what you’re going with? Should I show my child this pic? Will it comfort them? Will they love Santa more? Who is this tweet for?” said one outraged user, who went by Jane Austen.

“Posting this tells me your professional judgment is impaired,” another user declared. “What is your message to children here? Santa has a legally concealed weapon? For protection against elves, reindeer, children who take a peek on Xmas eve? There is enough anxiety among children already.”

Another criticized the tweet’s poor timing in wake of the deadly school shooting in Michigan that left four students dead this week.

“I’m sitting here in downtown Oxford, MI, waiting for the candlelight vigil to start to pay tribute to 4 students who were murdered by a handgun smuggled into the school. But by all means, tell kids Santa carries a concealed weapon,” Joseph Johnson tweeted.

It’s obvious that none of these people have any clue about the statistics showing that far more lives are saved by having a gun than are taken by having a firearm (and the overwhelming majority of crimes committed with a firearm are committed by people who are not legally allowed to have a firearm. You know, like felons.).

As for me and my house, I want Santa to be packing when he delivers presents or has children give him their wish lists at a mall. After all, if he’s not packing, fat lot of good he will be at saving any child’s life from an active shooter.

No, I say that Santa should have a gun, and so should you and me.