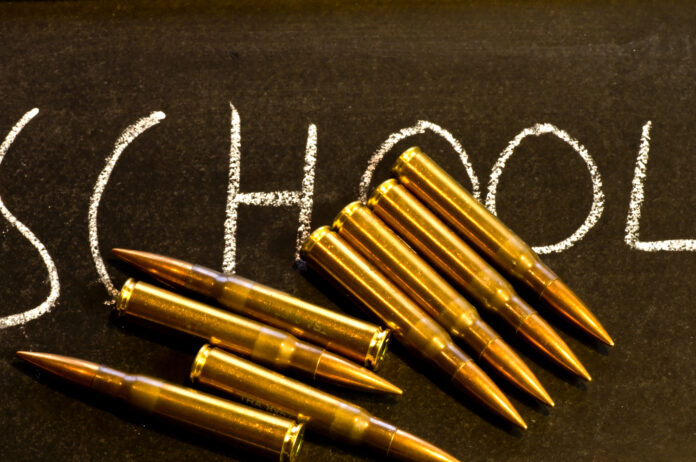 Anti-gunners have a one-track mind.

No, I don’t mean what you (probably) think. What I mean is that anti-gunners approach gun control like that old saying: when you have a hammer, everything looks like a nail. Anti-gunners think that gun control is the only solution for gun violence because they can’t even conceive that there might be another solution.

But there are other, very effective solutions including some that anti-gunners could likely support if they could rip their attention away from the idea of gun control as their personal pet fetish.

A recent example of a non-gun control solution that prevented what would have likely been a mass shooting comes out of Daytona Beach, Florida (hat tip to here for the lead). The story comes from the WTSP website:

An Embry-Riddle Aeronautical University student was arrested after investigators say he plotted a school shooting.

The Daytona Beach Police Department said 19-year-old John Hagins planned “to shoot up the campus” on the last day of class before winter break.

Authorities say they were tipped off by a couple of other students. Emergency dispatchers in Volusia County were alerted shortly after 4 a.m., and officers rushed over to the location.

So, let’s be clear here: there are three lessons to be learned from this. First, gun control didn’t prevent this situation in Florida. Cam Edwards writes,

In the aftermath of the horrific murders of 17 people (and injuries to 17 others) at Marjory Stoneman Douglas High School in Parkland, Florida in 2018, the state legislature (along with then-Gov. Rick Scott) approved several new gun control laws; a “red flag” law allowing for the confiscation of firearms from those deemed by a judge to be a threat to themselves or others, a three-day waiting period on gun purchases, and a ban on gun sales to those under the age of 21.

It would appear that none of those laws had any impact whatsoever on a 19-year old accused of plotting to engage in mass murder at his Florida college. Instead, the threat was averted because individuals who saw cause for concern spoke up instead of remaining silent.

Which brings us to the second lesson: people actually said something to law enforcement about a credible threat instead of ignoring it.

The third lesson is that law enforcement took the threat seriously and did their job of investigating the situation, thus, stopping what would have been a horrible tragedy.

So, the fact of the matter is that gun control didn’t work and doesn’t work. What does? Paying attention so that credible threats (unlike how red flag laws are so often used) are reported and law enforcement acting on the tips that they receive instead of ignoring warning signs that a shooter gives off before the violence starts (which didn’t happen in the Parkland situation).

But because too many people will not learn lessons two and three above, it would be smart on your part to have your firearm on you and to have trained to be able to use it if the terrible situation happens when you have to shoot to save the lives of the innocent.