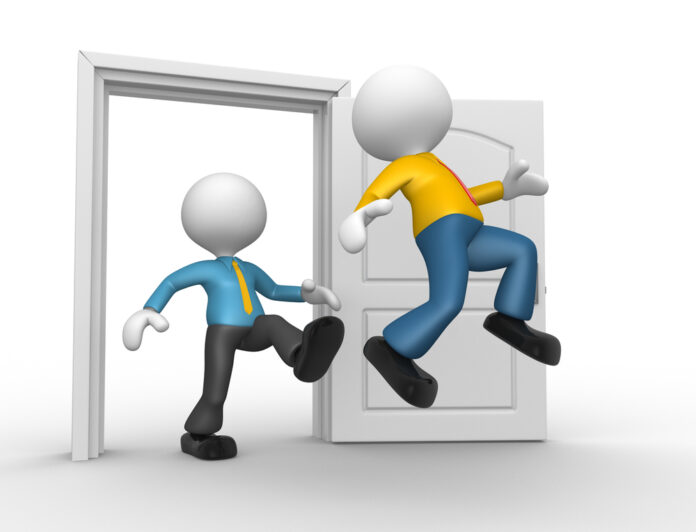 Can we all agree that there are some things that are just unacceptable behavior from anyone? Murder, assault, rape, theft. None of these should be up for discussion as things that are just plain wrong (to be clear, we’re differentiating murder from a self-defense shooting).

So, why is it that so many anti-2A politicians seem to think that it’s okay for them to do horrible things, to even be hypocritical about who gets to have and use guns (them and not us)? Do they think that being anti-gun in their public political positions gives them a pass on doing horrible things?

Too often, that seems to be the case, and the hypocrisy is appalling. In one instance, though, the overwhelmingly anti-2A political party in America told one party member that even their actions were just too awful. Ranjit Singh writes,

It’s not uncommon to find politicians who support gun control who turn out to be awful people themselves. Joining the list is Kansas House Rep. Aaron Coleman (Democrat, 37th district), who recently got expelled from the Kansas Democratic Party for a 2-year period.

The Kansas Democratic Party resolution, which was shared in a tweet by a self-described “Proud Progressive” who is running against Colement, was passed unanimously (!) by members of his own (former) party, stated that Coleman:

Now, I think that we can all agree that what Coleman is accused of doing is both disgusting and despicable, but we see this kind of hypocrisy all of the time from anti-2A politicians.

It makes you wonder: Are anti-2A politicians against gun control because they project their own unhinged and uncontrolled desire for violence on everyone else in the country? In other words, is it that those anti-2A politicians know that they can’t be trusted with firearms, and they can’t imagine that the rest of the country has the self-control that they, themselves, don’t have?

In many cases, that seems to be the case.