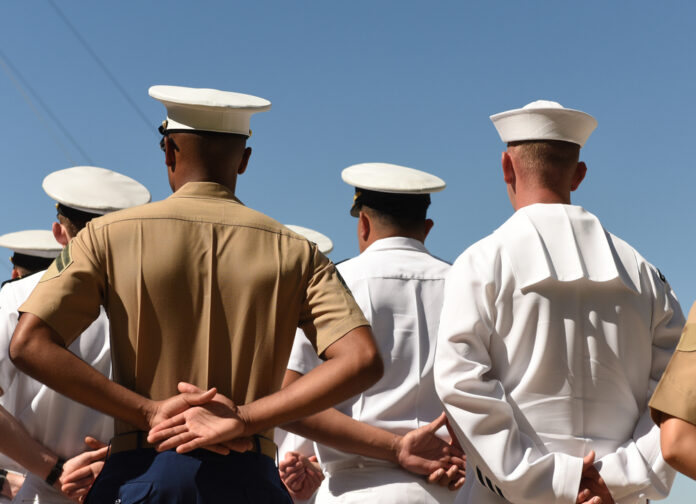 Anti-2A activists will go to any lengths, it seems, to keep people from legally buying firearms.

To be fair, those activists in government bureaucracies will say that they’re trying to protect people, and maybe they think that they are (Let’s face it: there are a lot of ignorant people in the world, and this is just another example of that.).

But if anyone is going to be safe with a firearm, generally speaking, wouldn’t it be a member of the U.S. military who has trained with the use of firearms and likely knows all of the standard firearms safety protocols?

Apparently, bureaucrats in one state don’t think so (hat tip to here for the lead). Unnamed staff writers at Hawaii News Now wrote:

A Navy sailor files lawsuit over Hawaii’s restrictive gun laws, saying he was denied a permit after “feeling depressed and homesick.”

Michael Santucci said he was denied a gun permit because he once saw a therapist and said he was depressed over feeling homesick. But the lawsuit said he was never diagnosed with any behavioral, mental or emotional disorder.

It’s worth noting that the Navy (who you would think would have a pretty good idea of the mental state of any members of their own military branch) approved allowing Santucci to buy a gun. It was the anti-2A bureaucrats in left-wing Hawaii that denied his request.

Their actions are just absurd.

Another thing I hope is that Hawaii comes to recognize how counterproductive crap like this is. All it really serves to do is tell people not to talk to mental health professionals about their problems. They’re looking at losing access to their Second Amendment rights, so they stay away.

Now, tell me how that’s beneficial to anyone?

It’s not. It not only stigmatizes mental illness unnecessarily–there’s a huge gap between depression because someone is homesick and about to go on a murderous rampage–but it’s a gross violation of the Second Amendment.

Knighton is right. Hawaiian anti-2A bureaucrats have set up a situation where people who legitimately need counseling or therapy may be less likely to get the help they need because Santucci was punished for doing that even though he wasn’t and isn’t a danger to anyone.

But I’ve come to expect a complete lack of understanding and nuance from anti-2A people in the government. Maybe they can’t understand the details. Regardless of that, though, they don’t want to, and, so, don’t try.