When Anti-2A ‘Journalists’ Are The Pot Calling The Kettle Black 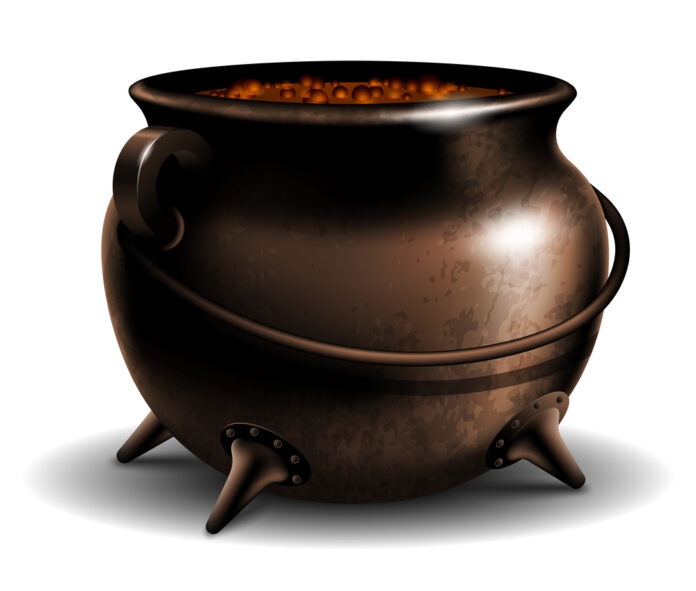 There’s an old saying that was common when I was growing up that went along the lines of “Well, if that isn’t the pot calling the kettle black!”

Now, this saying isn’t talking about marijuana pot. No, it’s talking about a cooking pot, probably cast iron from the color reference, and the meaning of the phrase is the idea that the person accusing someone else of something is guilty of the exact same thing.

In the absence of true leadership from D.C. or Harrisburg [to pass gun control laws], the only way to combat gun violence is to address its root causes.

What is gun culture rooted in?

It’s why groups like the National Rifle Association are so preoccupied with the idea that “our guns are being taken away” despite all the evidence to the contrary: Fear is a powerful motivator. Their underlying message is that violence — or at least the threat of violence — is the best response to fear.

Our children can’t help but absorb that message and, in a world full of free-flowing weaponry and good reasons to be fearful, they pick up a gun.

If we want to stop the violence, we have to teach our children better ways to deal with fear and reduce the very real threats they face each day.

Now, I’ll start my commentary at the end of that quote. I agree that to end gun violence, we have to teach children better ways to deal with fear and to reduce the danger that they live in. That’s not a gun problem, though, that’s a human nature problem.

Removing legally-owned guns from those situations won’t solve those human nature problems. It just drives that violence into other directions while making responsible people less able to defend themselves.

In other words, more gun control increases violence and murder rates when you look at all types of violence.

From there, let’s go back to the accusation about fear. Yes, many gun owners own guns out of the fear that their government has the intention to oppress the American people. The point of the Second Amendment, after all, was to arm the citizenry to make people in government think twice about oppressing the people, and Joe Biden’s actions on many issues aren’t making any of these people feel safer. I’ll also add that if you pay attention to where state and municipal governments oppress their people the most, it’s where gun control is strictest.

So, this editorial board is right about that.

What the editorial board seems completely blind to, though, is the fact that they, like all other gun control advocates, are scared, too. Terrified, if they’s being honest. About what? About guns at all.

Nearly none of those people have ever held a gun, much less fired a gun at a range, and they haven’t studied anything other than what supports their viewpoint. If they had, they would understand that people own guns because, yes, they are scared, but those gun owners are also realistic enough to realize that the way to protect themselves is to arm themselves and train, not to bury their heads in the sand by pretending that guns are the problem.

So, this editorial board is accusing Second Amendment advocates of operating out of fear without having the simple self-awareness to realize that the board, itself, is operating out of both fear and ignorance.