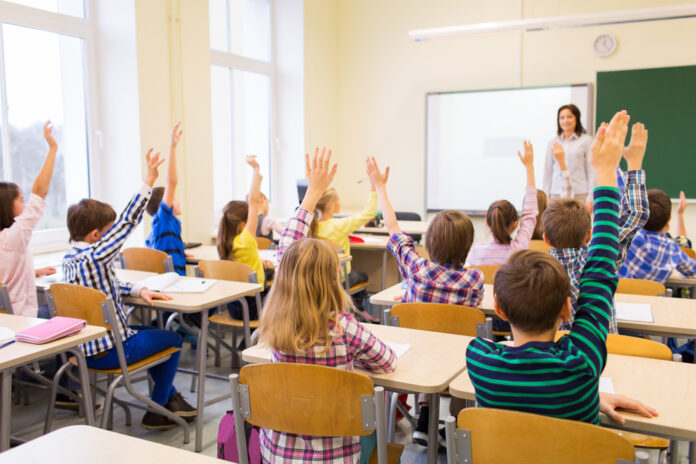 If you have kids, then, like most parents, they mean the world to you. You want them safe and protected, and you want them to have the chance to grow up to be happy, healthy, and well-adjusted adults.

There’s nothing surprising about that.

What is shocking to many people who actually understand the dynamics of gun violence and active shooters (and go here to learn that information if you don’t know it) is that a huge number of teachers, school administrators, and heads of teacher’s unions don’t understand gun violence and how active shooters work. No, those people, who are tasked with educating your children and keeping them safe while at school, think that guns are to blame, not the shooters.

That’s a huge problem because blaming the guns won’t stop people with evil intent from killing kids. Do you know what will, though? Trained teachers with guns, and one state has made huge leaps in that direction. Naveen Athrappully writes,

School teachers and other staff at educational institutions across the state of Ohio will now be allowed to carry firearms on campuses, including inside classrooms, after House Bill 99 came into effect this week.

The bill was signed into law on June 13 by the state’s Republican Gov. Mike DeWine. It allows school districts to decide independently whether teachers can be armed. Schools must inform parents if they allow armed staff on their premises. Those who are armed will be subject to annual criminal background checks.

The bill “does not require school districts to arm its teachers,” DeWine said at the time. “Every school district can make its own decision. This is a local choice not mandated by the state or governor. This bill is part of a comprehensive and layered approach to school safety and keeping kids safe in schools.”

Of course, anti-2A politicians in Ohio criticized the bill, saying that it wouldn’t decrease gun violence or keep children safe even as they hid behind the armed law enforcement officers all around them at their job place (the state capital).

The lack of self-awareness and hypocrisy is stunning.

But, at least, local school systems in Ohio can do what actually needs to be done to keep kids safe at school, now.