Did Kyle Rittenhouse Just Get His Own Video Game? Yes, Sort Of [Video] 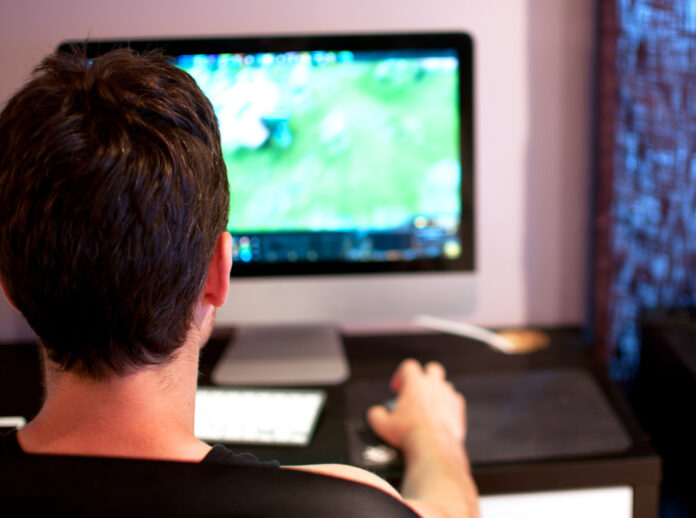 Some days you wake up and find yourself writing something that you never, not even once, expected to write. Today is one of those days.

And what is the odd thing that I didn’t expect to ever type out, not in a million years? It’s this: Kyle Rittenhouse has his very own video game. Sort of.

What do I mean by “sort of?” Well, it doesn’t have Rittenhouse’s name on it. But, if you remember any of the details about that horrible night in Kenosha, Wisconsin, when Rittenhouse (wearing a white baseball hat backwards on his head) had to shoot to save his life from “mostly peaceful” protesters, then it will look mighty, even suspiciously, familiar. The game is called “Acquitted: Self-Defense vs The Braindead,” and independent journalist Andy Ngo writes,

A new Swedish-developed video game apparently inspired by Kyle Rittenhouse and the 2020 U.S. far-left riots has been released on [PC game distributor] Steam. […] players control a rifle-carrying boy during a riot fighting Antifa zombies who are armed with bike locks, knives and firebombs. The big “tank” zombies that can kill the player in one hit feature an obese woman with pink hair and a muscular trans woman in a pink dress.

Now, if that sounds like your idea of a fun time full of dark humor that makes fun of “woke” stereotypes (or if you long for those days of 8-bit shooting video games), then, this game may be something to put on your wishlist. You can see game play from the game below.

Yes, that opening scene does appear to be Rittenhouse leaving the courthouse after being acquited of the ridiculous murder charges filed against him, and (in the game) he immediately goes on a shooting rampage plowing down mindless “woke” protesters who keep trying to take him out.

Now, of course, anti-2A people are probably going to be completely oblivious to the silly (if bloody and gross) humor of this game, so, they’re likely to have fits of rage upon finding out about it.

Then, again, that may be the perfect reason to gift a copy to your anti-2A step cousin-in-law who still lives in his mother’s basement.

Either way (if you choose to play the game or to give a copy for the purpose of aggravating an anti-gunner), this may be the game of the year for you to own. And at $7.95 (not on sale) at the time of this writing, it may even be worth skipping lunch to buy.

Whichever you choose, have fun with it, and remember to stay safe in the real world.

Previous articleAnti-2A People Are About To Be SHOCKED When This Happens
Next articleCan We Turn The Tables On Anti-2A Politicians This Way?