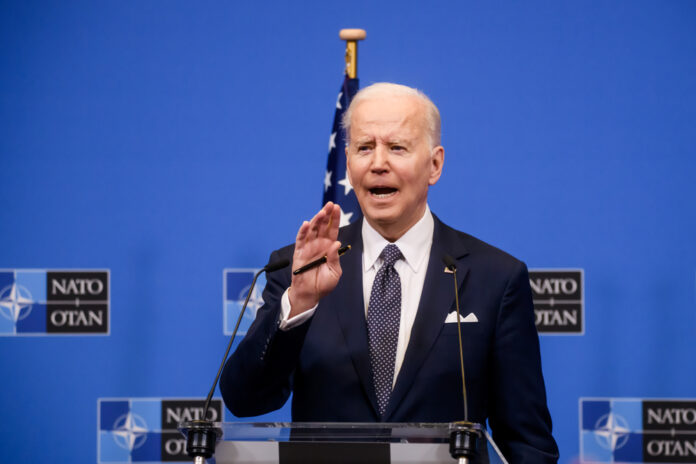 Just like anti-2A politicians in general, Biden is showing how much he wants to micromanage every aspect of your life. And he’s pushing for this while, at the same time, he can’t seem to figure out how classified documents from when he was Vice President mysteriously showed up in his files at his home.

Their hypocrisy never ends, does it?

What did Biden say last Monday, though, that was both so offensive and, at the same time, so revealing? Katabella Roberts writes,

President Joe Biden said on Monday that AR-15 rifles wouldn’t help Americans in an armed conflict with the federal government.

Biden made the comments during the National Action Network’s (NAN) annual Martin Luther King Jr. Day breakfast in Washington, where he vowed to ban what he called “assault weapons,” referring to semiautomatic sporting rifles in the style of an AR-15.

“I love my right-wing friends who talk about ‘the tree of liberty is watered with the blood of patriots,’” he said. “If you need to worry about taking on the federal government, you need some F-15s. You don’t need an AR-15.”

Yes, it’s a repeat of the offensive nonsense that he’s said before about needing multi-million dollar military weaponry to oppose an oppressive government.

Which brings up two questions. First, if privately-owned firearms in the U.S. aren’t military grade, why do anti-2A politicians, such as Biden, keep calling them weapons of war?

Answer: Because they’re ignorant and hypocrites.

The second question, though, reveals a lot about Biden and other anti-2A politicians and bureaucrats: If privately-owned firearms can’t effectively be used to oppose an oppressive government, then, why are they scared of people like you and me, who have lower crime rates than even law enforcement officers, having those firearms?

Answer: Because they know that privately-owned firearms are a huge deterrent to oppressive governments like Biden’s administration, and they desperately want to take away our guns so that they can run even more roughshod over American’s rights without anyone being able to oppose them.

In other words, Biden and anti-2A zealots are scared by you and I being able to resist their oppressive, authoritarian tendencies.

Remember that next time you hear one of these clowns trying to minimize the effectiveness of private gun ownership in resisting government overreach.

Previous articleIf Sig Fans Had A Single-Action Hammer-Fired 9mm 1911, This Could Be It
Next articleAlec Baldwin Gets REALLY BAD News